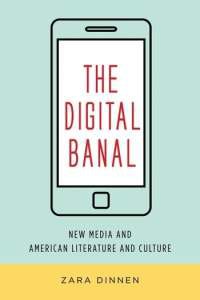 The panel for the monograph prize considered thirteen eligible monographs, on a broad range of subjects. Each volume was independently scored by each judge on five criteria: original contribution to knowledge, rigour of approach, quality of scholarship, quality of academic writing, and significance of topic to contemporary literary studies, and the shortlist and winner were determined by ranking the aggregate scores. One of the delights of the process was being exposed to so much excellent work, often in areas where we did not have specialist knowledge: the submissions, considered together, highlight the diversity and strength of contemporary literary studies. Although all of the submissions were noteworthy in their own right, the judges especially wish to highlight Rachel Sykes’s work on quiet in American fiction, Kristian Shaw’s study of cosmopolitanism, Catherine Parry’s contribution to critical animal studies, and Andrew Van der Vlies’s analysis of contemporary South African fiction. Each of these works was theoretically rigorous and astute in its close readings; they each make a profound contribution to current literary discourse.

The winner of this year’s prize, however, is our own conference organiser, Zara Dinnen for The Digital Banal: New Media and American Literature and Culture (Columbia: Columbia University Press, 2017). Although the judges were very wary of nepotism, it was impossible not to recognise the clear strengths of this project. Dinnen’s work expands our notions of both the literary and the contemporary. It is confidently written, persuasively argued, and demonstrates a complete command of the field. Dinnen’s book is not only a contribution to contemporary literary studies, but asks, quite eloquently, what it means to engage in contemporary literary studies at all. It combines a wide-ranging argument with a clear focus on a well-selected corpus; it is interdisciplinary in the best way, and will be necessary reading for all scholars working in the field. 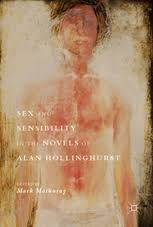 The judges received some very strong entries and the outcome was close; however, the winner was unanimously agreed upon and is Mark Mathuray, Sex and Sensibility in the Novels of Alan Hollinghurst, (London: Palgrave Macmillan, 2017). The judges were impressed with the advance of scholarship on Hollinghurst as well as the collection’s exploration of fresh ways of thinking about sex and sensibility in contemporary culture more broadly. The Editor offers a focused framing for the collection, which is critically generative. The ordering of the chapters according to publication chronology works well to produce a compelling and highly readable narrative as well as to ground Hollinghurst historically. The chapters have a strong root in the field and there is a good mix of established critics grounded in queer literary studies along with a sprinkling of emerging scholars with distinctive, exciting voices. Although it is a single author study, coverage of Hollinghurst’s novels is comprehensive and picks up on some of the lesser-known work. The judges considered the collection a pleasure to read: it is witty and astute, and convincingly sets out future debates for Hollinghurst scholars as well as for the topic of sex and sensibility in contemporary culture more generally.

The entries for the inaugural BACLS Postgraduate Essay Prize were of a very high standard indeed, demonstrating the discipline’s strength, quality and diversity. The range of entries testified to the breadth of Contemporary Literary Studies, with essays on David Mitchell and temporality; music and graphic narrative; contemporary performance; poetry and the miners’ strikes; Michael Chabon and queer theory; and Marxism and ‘left loss’. The judges were extremely impressed with the quality and depth of postgraduate scholarship and are, as a result, excited about the discipline’s future. The judges unanimously agreed the winner which is Victoria Addis, for her essay ‘The Musicalization of Graphic Narrative and P. Craig Russell’s Graphic Novel Operas, The Magic Flute and Salomé’, published in Studies in Comics. This is a very strong, ambitious and incisive piece of work. They were most impressed by the way in which the article attempts to move the field in new directions, doing so through erudite and original theoretical argument, which is then performed in practice through exemplary close analysis. The ambition of the piece was outstanding for postgraduate work in contributing not just to specific knowledge of a text or author, but transforming the critical field more widely.